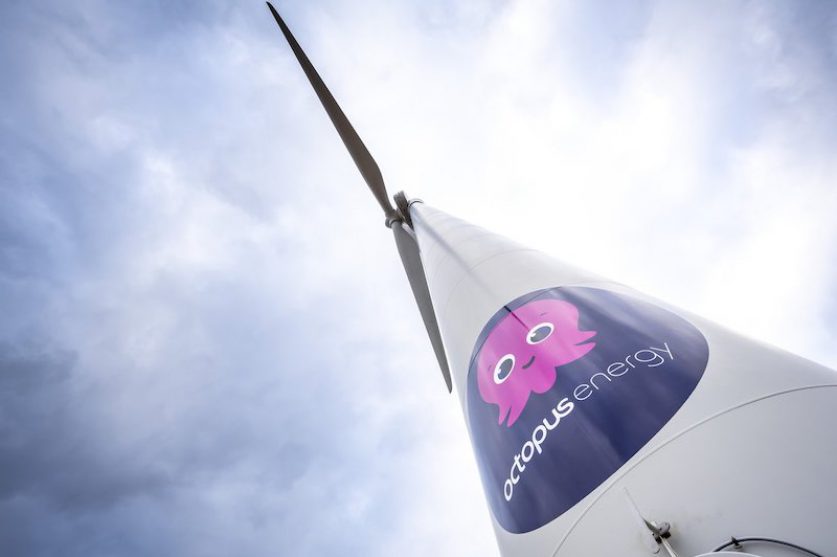 The renewables arm of the energy supplier is launching the Plots for Kilowatt scheme after the enthusiastic reception of its Fan Club local tariff. Fan Club offers communities living near its wind turbines up to 50% discounts on their energy rates.

Since the Fan Club local tariffs launched in two locations (Caerphilly, Wales and Market Weighton, Yorkshire) in January 2021, 5,000 other communities have contacted Octopus asking for their own wind turbines.

Octopus Energy Generation is now launching a “dating agency” style platform to pair these communities with landowners that can provide land for local wind turbines. Octopus will also consider data on grid availability, wind speeds, and local environmental impact in its match-making.

Participating landowners will be able to earn revenue by charging rent or by taking a share of the project’s income, while local communities will benefit from discounted energy bills.

Zoisa North-Bond, CEO of Octopus Energy Generation, said: “We’ve been blown away by the demand we’ve seen for local green energy with cheaper energy rates. We’re now asking UK landowners to join us on our mission to dramatically accelerate people-led green energy. This will help unlock the UK’s significant renewable potential and speed up the transition to net zero and energy independence.”

Through Plots for Kilowatts, Octopus will identify “at least 10” viable sites for wind turbines by the summer. The supplier will put these locations forward to the government to consider as part of its recently-announced plans for developing onshore wind, as outlined in its Energy Security Strategy.

The new Energy Security Strategy is somewhat lukewarm on onshore wind, although it acknowledges that onshore wind is “one of the cheapest forms of renewable power.”

In a concession to the unpopularity of onshore wind among the Tory grassroots members and MPs, the government says it “will not introduce wholesale changes to current planning regulations [in England] for onshore wind.” Instead, it will develop “local partnerships for a limited number of supportive communities who wish to host new onshore wind infrastructure.”

But the locally-driven strategy aligns with Octopus’s vision. Discounted energy can also win communities over to onshore wind. Recent polling by Octopus found that nine in 10 people (87%) would support a wind turbine in their area if it meant discounted energy rates.

The government welcomed Octopus’s new scheme. Greg Hands, Minister for Energy, Clean Growth and Climate Change, said: “Now more than ever we need bold plans to scale up and accelerate clean and secure energy, as set out in the Government’s British Energy Security Strategy earlier this month.

“Octopus Energy’s new ‘Plots for Kilowatts’ campaign is an exceptional example of just this. This cooperation between industry and local communities is an important development and could help drive forward new onshore wind projects in local communities that want them, across the country.”