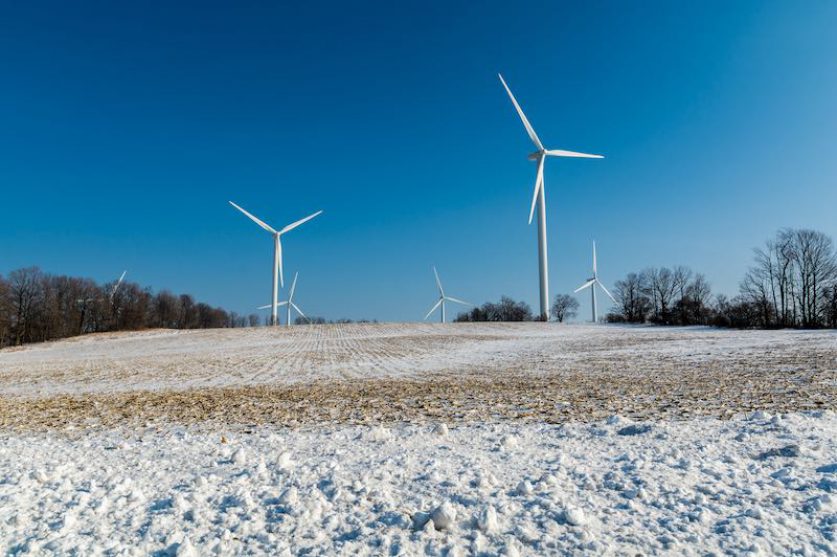 As Storm Darcy blasted the UK with biting winds and inches of snow, wind farms went into overdrive, hitting a new generation record over the weekend.

Generation by the UK’s on- and offshore wind farms peaked at 17.5GW on Saturday, 13 February, according to data from National Grid Electricity System Operator (ESO). That figure shatters the wind generation record of 17.3GW, set on 18 December 2020, and comes almost exactly a year after Storm Ciara notched records—since surpassed—by propelling wind farms to generate 15GW and 56% of the country’s power.

The generation high is just the latest milestone for the UK’s rapidly decarbonising electricity system. On 26 August 2020, wind power achieved its highest ever share of the UK’s electricity generation, at 59.9%, and on Boxing Day wind turbines supplied more than half of the country’s power across an entire day for the first time.

A new report from Drax Insights, published this week, found that last year wind and solar power combined produced 100TWh of electricity, or 30% of the country’s total, up a sixth from 2019.

New highs from renewables and a record-breaking coal-free stretch between April and June helped make 2020 the greenest ever for the country’s electricity grid, with carbon intensity falling to an average of 181gCO2/kWh.

Expect a flurry of new records for wind and renewable generation in the coming months and years. The Prime Minister has announced plans to see every home in the UK powered with offshore wind by 2030, a goal which will require a quadrupling of offshore capacity to 40GW.

Meanwhile, the UK is finally thawing from Storm Darcy, with snow and ice replaced by rain.

The fading weather front had been dubbed the Beast from the East 2, with its heavy snowfall and lancing winds reminding Britons of the storm that battered the country from late February to early March 2018.

As during that earlier storm, when the government handed out £50 million in Cold Weather Payments to two million households, freezing temperatures last week qualified residents of dozens of postcodes for assistance with their fuel bills.