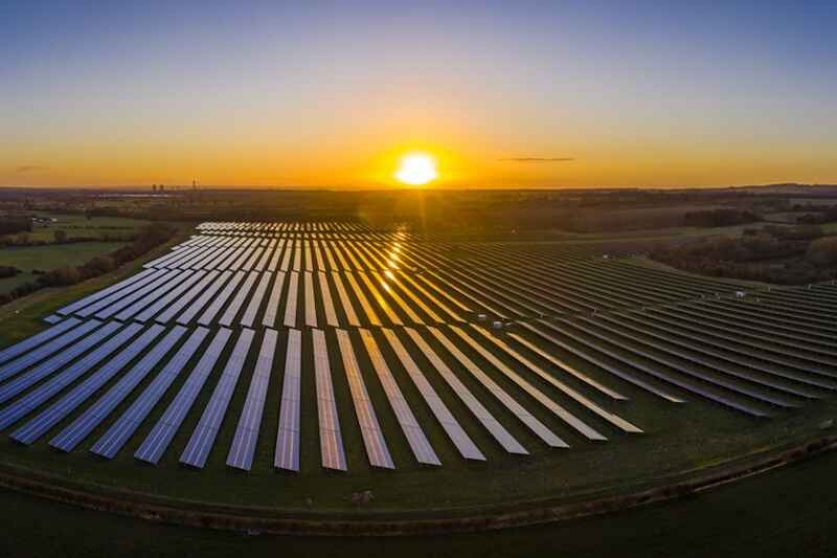 Wind power giant SSE is venturing into solar power, announcing a 30MW project that will solidify its role as “the UK’s clean energy champion.”

Perth-headquartered SSE has purchased the project development rights for a 77-acre solar site at Littleton Pastures near Evesham in Worcestershire. When completed in late 2023, the installation will be capable of powering around 9,400 homes.

“We see solar as a key complementary technology to SSE’s existing portfolio of low carbon infrastructure such as wind and hydro and one that can power us towards net zero,” said Richard Cave-Bigley, SSE sector director for distributed generation and storage.

Earlier this week, in an auction held by the Scottish Crown Estate, SSE Renewables won the rights to 858 square kilometres of seabed on the east coast of Scotland, where it will build the world’s largest floating wind farm. That 2.6GW project will be able to power 4.3 million homes.

“We look forward to being able to announce further solar and battery projects during 2022,” Cave-Bigley said.

SSE’s renewables output was down a third between April and August of last year as a result of unusually low wind speeds and dry weather, which also hit the profits of rivals SSE, RWE, and Orsted.

In January 2020, SSE withdrew from the retail energy market when it sold its supply arm, with 3.5 million customers, to OVO for £500 million. OVO has continued to operate the SSE brand during a transition period.