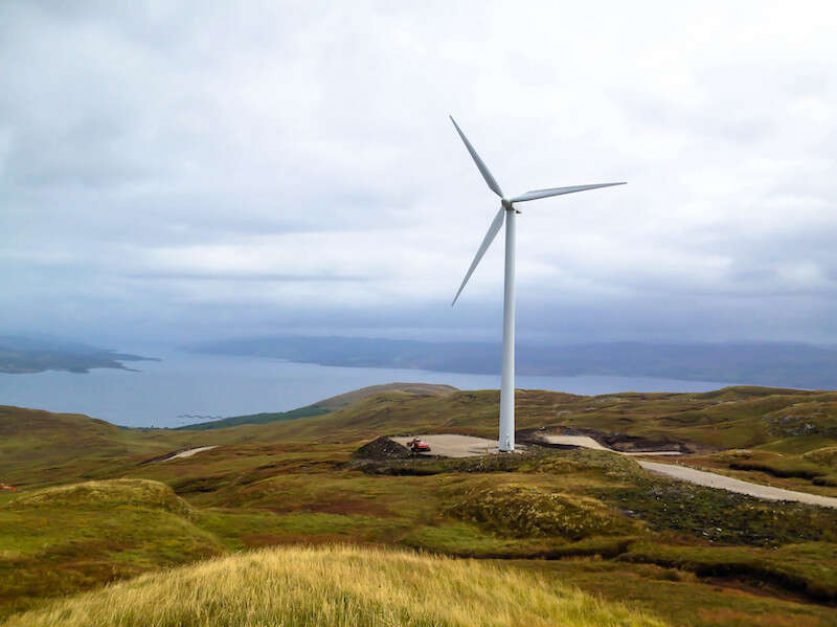 Official figures confirm that Scotland narrowly missed its goal of matching 100% of its electricity consumption with renewable generation by 2020.

Provisional data released in March showed that the equivalent of 97.4% of gross power consumption in Scotland in 2020 was from renewables.

Final figures published this week by Holyrood have revised that figure to 98.6%—up but still short of the target set in 2011.

Scotland missed the goal despite lower electricity consumption in 2020, a result of pandemic restrictions. Its electricity demand was down 5.7% from 2019 figures.

But 2020’s figures still marked progress. Just 90.1% of Scotland’s equivalent electricity consumption was met with renewables in 2019, and in 2011, when the ambition was announced, just 37% was.

However, Scotland exports some of the clean energy it generates, so the country still produces a significant amount of electricity from fossil fuels.

In 2020, renewable resources accounted for 61.8% of all electricity generation within Scotland, while including nuclear power pushed low-carbon generation top 88.1%.

New figures released for the third quarter of 2021 reveal that renewable generation was down 35% compared to the summer of 2020.

Scotland attributed the reversal to “continued mild weather over the year adversely affecting hydro and wind generation.” Across the first nine months of 2021, generation from on and offshore wind turbines was down 22.4% over the same period in 2020, while hydro was down 32.4%. That’s despite an increase in renewable capacity, with 0.5GW of clean electricity projects brought online in Scotland between September 2020 and September 2021.

Wind speeds were historically low across Europe in 2021, contributing to the wider British electricity system becoming dirtier year on year and denting the profits of major clean energy generators including Scottish firms Scottish Power and SSE.

Despite the missed targets, Scottish energy secretary Michael Matheson said he was still “proud of the progress Scotland has made over the past year.”

“Scotland is leading the way internationally with our commitment to be net zero by 2045,” he said. “Whilst we do have many challenges ahead of us if we are going to meet our ambitious targets, we have laid the groundwork in 2021 for Scotland to take important leaps forward towards net zero.”