Government Should Target 40GW of Solar by 2030, NGOs Say 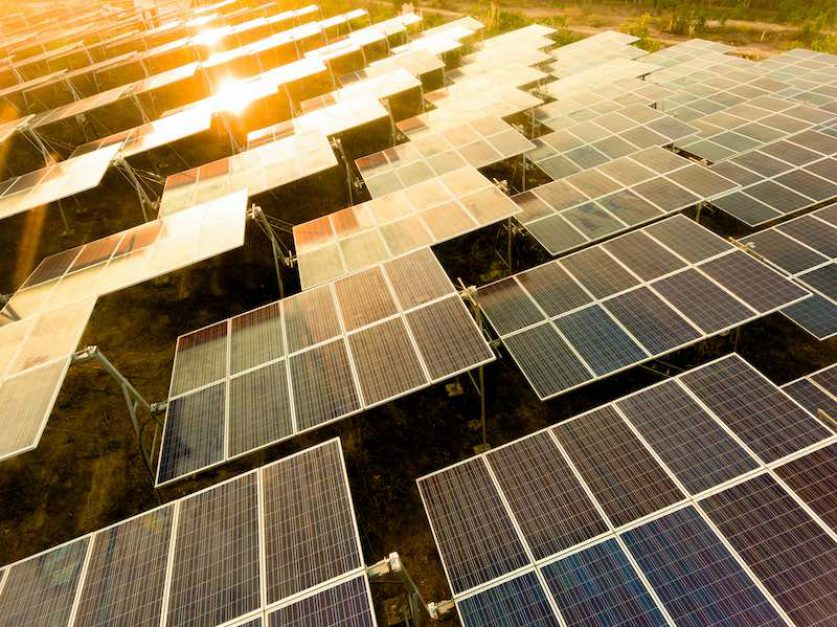 The government should set an ambitious goal of nearly tripling the UK’s solar power capacity to 40GW by the end of this decade, a collection of energy and environmental organisations have urged.

The NGOs, which include Greenpeace, WWF, Friends of the Earth, the UK Building Council, and the Green Finance Institute, outlined a strategy to bolster large-scale solar farm installations as well as rooftop deployments on commercial and residential buildings.

40GW of solar capacity could power 2.2 million homes, support 8,700 jobs, save 2.5 metric tonnes of carbon dioxide and add £1.8 billion to the economy, they said.

Deployment of this scale would take advantage of what the International Energy Agency (IEA) has called the cheapest electricity in history and help the UK decarbonise its energy system.

They encouraged the government to develop a solar sector skills, financing and training deal, similar to that which supports offshore wind. The deal should seek to develop a skilled supply chain for both solar panels and the battery storage that increases the usability of the electricity they produce.

To support utility-scale solar, the government should set a capacity target of 5GW annually through the Contracts for Difference (CfD) scheme. The government should also provide solar farm developers with the assurance that solar power will continue to be eligible for CfD auctions. The technology was relegated from CfD auctions in February 2016 before being readmitted last year.

The organisations also echoed calls by trade associations to class onsite generation and storage assets such as solar PV and batteries as “excepted plant and machinery” under Class 1 in the business rates regulations, as gas-fired combined heat and power (CHP) systems are. Businesses have previously complained that the punitive business rate taxing on solar panel and battery systems discourages them from installing the green technology and punishes those who do. For example, Lidl saw its business rates increase by 528% when the valuation of the solar PV systems on its stores changed.

To support solar panel installations on homes, the government should make solar and energy storage systems eligible for support under the means-tested portion of the floundering Green Home Grants scheme. This would give households without capital, including social housing tenants, £10,000 to make their properties zero-carbon. The Green Homes Grant scheme, which has achieved just a fraction of its goals, had its funding gutted and been subject of rumours about early closure, should be refined and extended for the rest of the Parliament.

To help other households, an Infrastructure Bank, as the government set aside money for in its latest budget, could offer 0% interest loans to homeowners to install green retrofits, including solar panels, energy storage, zero-carbon heating and insulation.

The groups are also calling for solar energy and storage technologies to be zero-rated for VAT. The VAT on these technologies jumped from 5% to 20% in 2019, discouraging household investment in them.

“Solar is one of the most affordable, efficient, and popular zero carbon electricity generation technologies available,” the organisations said. “As representatives of organisations working on energy and environmental issues, we call on the British government to commit to an ambitious target for the deployment of solar energy in the UK.”

As of the end of 2020, the UK had 13.9GW of solar capacity live, 545MW of it deployed in the last year, according to an analysis by Solar Media Limited.