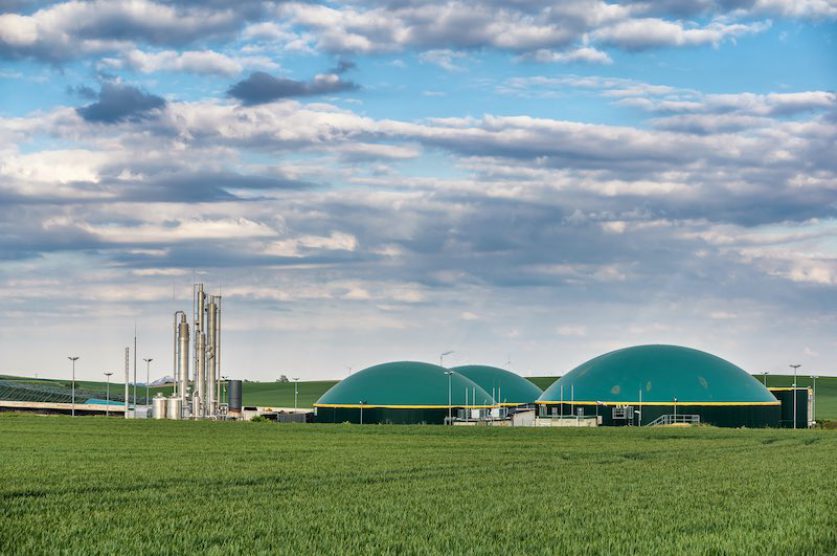 A carbon tax levied on gas suppliers will fund the construction of biomethane ‘green gas’ plants which can help to decarbonise the UK’s heating, under government plans.

The government is consulting on proposals, initially announced in the March 2020 Budget, to impose a Green Gas Levy on gas suppliers in England, Scotland and Wales. Funds raised through the tax will be funnelled into the Green Gas Support Scheme, which will provide subsidies for renewable biomethane plants.

Biomethane, a green gas produced by the renewable digestion of organic material by microorganisms, can be used as a substitute for polluting fossil fuel gases, pumped directly into the gas grid. The use of biomethane can therefore help slash emissions from heating, which account for nearly a third of the country’s emissions.

The government has estimated that the scheme could prevent as much as 21.6 million tonnes of carbon emissions from entering the atmosphere, the equivalent of planting 71 million trees.

Kwasi Kwarteng, Energy and Clean Growth Minister, said the levy is crucial to helping the UK meet its legally-binding commitment to reach net-zero emissions by 2050.

“Reaching net zero means reducing emissions across our entire energy system, including the way we heat our homes and businesses,” he said.”This new funding will support an ambitious scheme to decarbonise the gas grid that will prevent millions of tonnes of carbon dioxide from entering the atmosphere—another step towards reaching net zero by 2050 at minimal cost to UK bill payers.”

Suppliers will pass the cost of the levy onto consumers in the form of higher gas bills. But the Department for Business, Energy and Industrial Strategy (BEIS) said the impact on household gas bills would be “relatively minor,” peaking at an additional £6.90 a year and then falling to around £1.32 a year.

To ensure the impact on bills is “as low as possible” and doesn’t rise unexpectedly, the government will also implement a robust control framework, including an annual budget cap.

The government said the construction of new biomethane plants will also create jobs and provide economic stimulus to rural areas. Biomethane plants frequently use farming waste and byproducts as fuel so are frequently in rural communities.

The Green Gas Levy and Green Gas Support Scheme are both expected to launch in autumn 2021, with the first funds collected from gas suppliers in April 2022.

Industry groups welcomed the advancement of the government’s green gas plans. Charlotte Morton, chief executive of the Anaerobic Digestion and Bioresources Association, said biomethane plants could deliver a six per cent reduction in the UK’s greenhouse gas emissions by 2030.

“As biomethane is already compatible with our current gas grid, it is also a particularly cost-effective way to decarbonise the UK’s heating infrastructure,” she said. “We welcome this consultation and the commitment shown by BEIS to integrate biomethane into the government’s net zero.”

National Grid is investigating the feasibility of widespread use of biogas in the UK’s gas grid. It recently launched a trial directly injecting biogas produced from cow manure and straw into the gas grid in Cambridgeshire.