Firms to Invest Billions of Pounds into UK Wind Farms 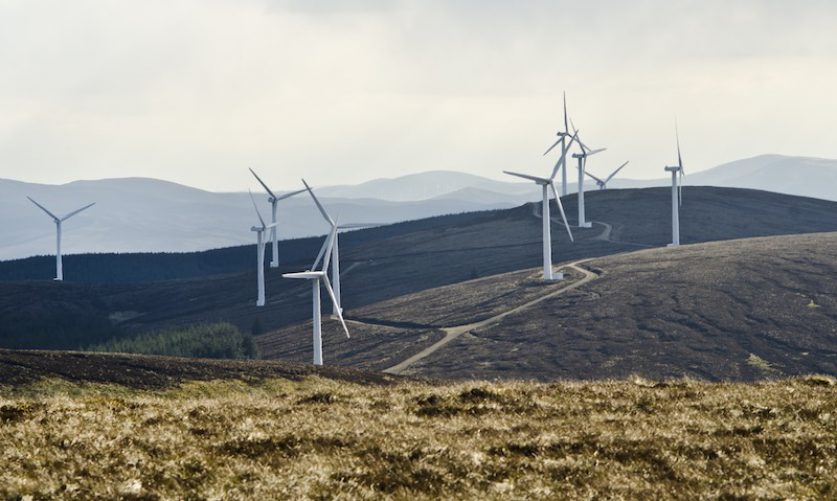 The UK’s largest green energy firms will pour billions of pounds into wind power investments across the North of England and Scotland, signalling confidence in renewables despite the recent economic turbulence.

The 26 turbines at Hagshaw Hill, which have been producing green energy since the mid-90s, will be replaced with 14 more efficient turbines. A new 100MW wind farm, which has yet to receive planning permission, will also be developed on the site, near Douglas in South Lanarkshire. The projects are expected to support 600 local jobs, 280 of them long-term.

The recharged Hagshaw Hill and new development will form part of a 220MW “clean energy cluster” in the region, along with the 55MW Douglas West windfarm which Scottish Power acquired last year and is currently developing. The cluster will eventually power 100,000 homes.

The South Lanarkshire projects are part of Scottish Power’s wider plan to develop 1,000MW of onshore wind and battery storage, enabled by the government’s recent U-turn on onshore wind subsidies.

He told the Guardian that Scottish Power was keen to start the projects as quickly as possible to support the struggling economy.

“We’re kickstarting as many of our projects as we can so they are ready to help boost the economy when the pandemic ends. Not only do these projects help funnel money back through the supply chain and into jobs but they also make sure that the economic recovery is based on sustainable investments,” he said.

He insisted that recovery from the pandemic and the financial crash should be closely linked to the UK’s decarbonisation goals.

“We should not view these very different crises separately. The need to rebuild our economy should be permanently linked with the need to green our economy,” he told the All Energy Conference, held online.

In 2018, Scottish Power became the first major UK energy firm to generate all of its electricity using wind power, after selling its last gas and hydro plants to Drax.

Meanwhile, Equinor and SSE Renewables, the firms behind the Dogger Bank offshore wind farm, the largest in the world, have announced plans to build a new Operations and Maintenance (O&M) Base for the development at the Port of Tyne. The hub will support more than 200 jobs in the region, with recruitment to begin in 2022.

The Port of Tyne was selected to host the development’s operations hub through a competitive tendering process. The port recently spent £10 million to reclaim 30 acres to make Tyne Dock Enterprise Park ready for offshore wind operations.

Stephen Bull, the head of Equinor’s UK business, said: “The north-east has a strong industrial heritage and a supply area that stretches north and south of the River Tyne. The Port of Tyne is clearly well set up to attract other clean energy investment which we hope will complement our activities.”

Construction on the £9 billion Dogger Bank development began in January with completion expected between 2023 and 2025. The project consists of four linked wind farms with a combined capacity of 4.8GW, located between 125 and 290 kilometres off the coast of Yorkshire in the North Sea. When fully operational, the farms will produce enough electricity to power 4.5 million homes.

The announcements from Scottish Power and the Dogger Bank develops follow plans from Swedish state-owned power company Vattenfall, which has committed to building a 240MW onshore wind farm between East Ayrshire and Dumfries and Galloway.

These investments in wind projects buck concerns that the coronavirus crisis would strangle renewable development around the world. In the immediate, social distancing restrictions have disrupted supply chains and depleted workforces, particularly in an industry reliant on flying in highly-skilled engineers from abroad, pausing construction on new developments. Analysts GlobalData projected that new wind power installations in the UK would fall to just 980GW this year, down from an early projection of 1.22GW.

Meanwhile, Aurora Energy Research has cautioned that a slump in wholesale electricity prices, which could last until 2025, may hamper the development of 34GW of renewable capacity across Europe.