Drilling Starts for Geothermal Project to Power the Eden Project 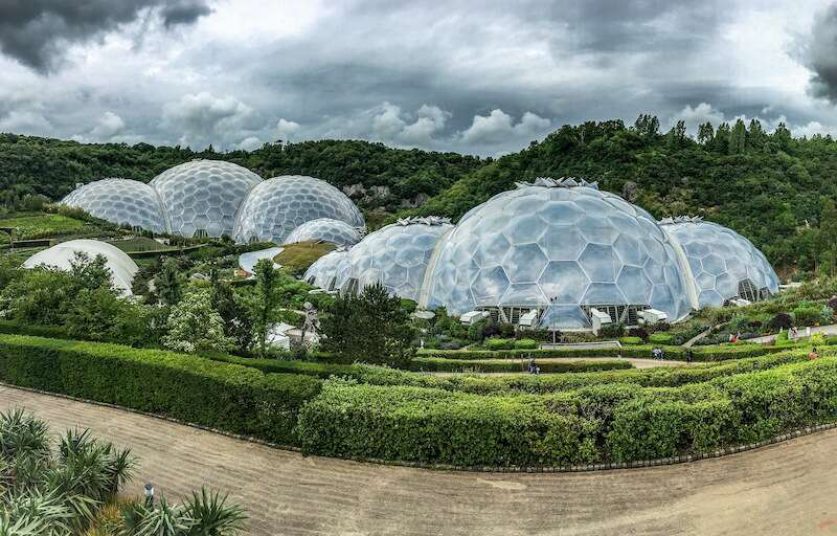 Scientists seeking the “holy grail of energy” have begun drilling into the ground in Cornwall, the beginning of a geothermal project they hope can power and heat the Eden Project.

A 55m-high, 450-tonne drilling rig began hammering through Cornish granite on the site this week. It’s seeking a layer of hot rocks 4.5 kilometres beneath the surface which scientists say could be a sustainable, round-the-clock source of energy.

Water pumped down the borehole to this layer and then back up could reach temperatures of 180°C, hot enough to heat the Eden Project’s glass biomes of exotic plants and to drive a 4-megawatt steam turbine to produce clean electricity for the site. Surplus heat could also be harnessed to warm 4,000 local homes.

The first phase of drilling will take five months. It will cost £17 million, with funding coming from the European Regional Development Fund, Cornwall Council and investment trust GCP Infrastructure Investments.

The Eden Project hopes that when the scheme is complete it will help the site reach net zero by 2023.

Sir Tim Smit, co-founder of the Eden Project, said the geothermal scheme will provide “baseload,” which he described as the “holy grail of energy.”

“The argument from those who were anti-renewables was ‘when the wind don’t blow, and when the sun don’t shine, you have a problem,’” he said.

“Now you haven’t—this will provide you energy 24/7 when you want it, to fill in for all the other energy sources.”

COP26 President Alok Sharma toured the site, where visitors were welcomed back alongside the drilling rigs. He said revenue mechanisms like the Contract for Difference auctions which subsidise wind and solar plants, could help new technologies like geothermal power get off the ground.

“At one point offshore wind was quite expensive to generate but because we supported it through the contracts for difference auction processes, we have managed to build the biggest offshore wind sector in the world,” he said.

Cornwall is particularly suited for geothermal projects, with a spine of hot rocks running the length of the peninsula. It’s already home to the £20 million United Downs project near Redruth, where Geothermal Engineering Limited (GEL) and green energy supplier Ecotricity are drilling for electricity to supply the National Grid. In Penzance, geothermal energy heats a lido to a comfortable 35°C.