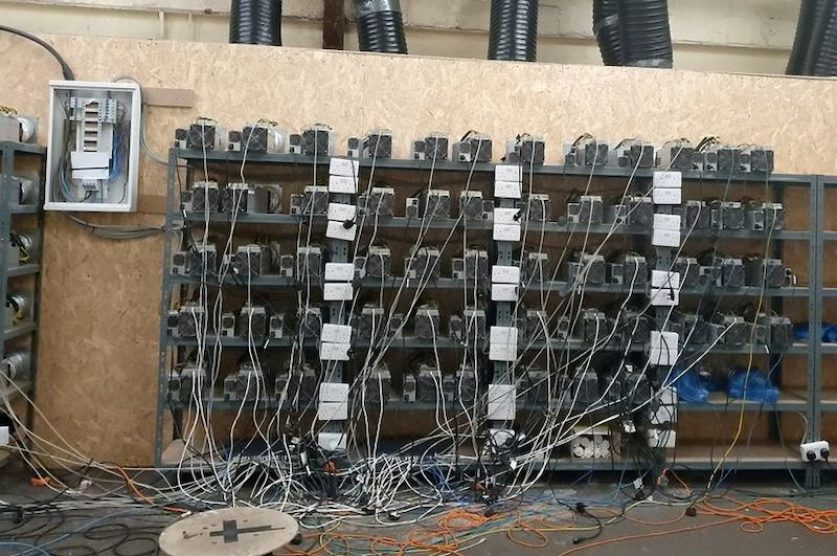 Police in West Midlands have uncovered a huge Bitcoin mining operation running on stolen electricity, with the miners ducking thousands of pounds in energy bills.

Officers raided an industrial estate in Sandwell on 18 May, expecting to find a cannabis farm. Instead, they discovered around 100 computers solving the complex mathematical puzzles behind the cryptocurrency—and sucking up massive amounts of electricity siphoned directly from the mains.

New Bitcoins and other cryptocurrencies are “mined” by solving these mathematical puzzles. The problems have become more complex over time, requiring super-powered computers running on huge amounts of electricity. Bitcoin miners are thought to consume 121.36 terawatt-hours (TWh) of electricity a year, more than the annual power consumption of Argentina, a country with a population of 45 million people. Much of this electricity is generated by fossil fuels, especially coal.

The colossal energy demand of these currencies has drawn headlines recently. Tesla founder Elon Musk tweeted earlier this month that his car manufacturer would no longer accept Bitcoin over concerns about its environmental impact. The announcement crashed the cryptocurrency’s value, which remains down nearly 40% from its price in early May.

Despite the erosion in value, one Bitcoin is still worth more than £25,000, making its mining lucrative, especially if you’re running out on the electricity bill.

West Midlands police were alerted to the operation in Sandwell after receiving reports of people visiting the abandoned warehouse at all times of the day. A police drone flown overhead picked up a “considerable heat source,” usually a tell-tale sign of the heaters used by cannabis farmers.

But when officers burst through the doors, they discovered a huge crypto mining rig, with fans hooked to ventilation ducts cooling down the computers. Inquiries to electricity network operator Western Power revealed that the whole operation was running on power directly siphoned from the mains, which the miners accessed by drilling through the floor.

A Bitcoin expert estimated that the operation was stealing more than £16,000 in electricity per month while making just £8,000 per month when the price of the currency was at a peak.

Dr Tom Robinson, chief scientist at Elliptic, a firm that tracks cryptocurrency transactions, told the MailOnline that the setup would have generated around 0.2 Bitcoins per month, worth around £5,000 at current prices.

Sandwell Police Sergeant Jennifer Griffin said: “My understanding is that mining for cryptocurrency is not itself illegal, but clearly abstracting electricity from the mains supply to power it is.

“We’ve seized the equipment and will be looking into permanently seizing it under the Proceeds of Crime Act,” she added.

No arrests have been made yet but eyewitnesses said they’d seen “three English nerds” visiting the site over the last eight months.

West Midlands police said this was the second Bitcoin mining rig running on stolen electricity that they’d busted. It’s believed to be the largest such operation uncovered in the UK.