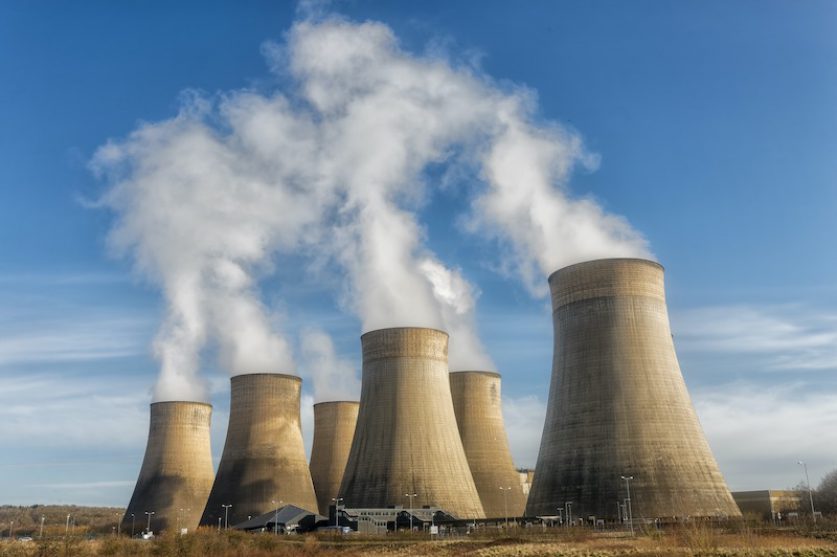 All three of the remaining coal stations serving the British grid were fired up yesterday morning to meet a shortfall of electricity after wind turbines slowed and cold, dark weather increased demand.

The coal-burning units at Drax, West Burton and Ratcliffe supplied 6% of the country’s electricity on Thursday morning. This was around double the contribution of wind and solar power to the electricity mix and six times the average contribution made by coal plants during the last months of 2019.

The plants are likely to continue running over the next few days, along with the country’s gas-fired power stations, until windy weather returns.

The electricity system operator reassured the public that electricity supplies would continue as normal but said it did expect tight margins, “owing to a number of factors, primarily varying renewable generation levels and colder temperatures over periods of the day with higher demand.”

The National Grid Operator Electricity Systems Operator (ESO) tweeted Wednesday afternoon: “This combination of factors means the cushion of spare capacity we operate the system with has been reduced. We’re exploring measures & actions to make sure there is enough generation available to increase our buffer of capacity.”

The power crunch sent electricity prices also spiking in the early evening, when demand is usually the highest, to more than £313 per megawatt-hours (MWh).

Tom Edwards, energy analyst at Cornwall Insights, said the tight margins were a problem across Western Europe and that the UK will likely keep coal-fired power stations running and export power to France and the Netherlands via cable interconnections.

This is the third time over the last few weeks the ESO has cautioned that electricity supplies are under strain. A lull in wind power and unplanned outages at the Dungeness and Hunterston B nuclear power stations squeezed margins, prompting an informal warning from the ESO in effect between Thursday, 15 October and Sunday 18 October.

The more recent squeezes were less close than the one recorded in September when the National Grid issued an official warning to the electricity market that its 500MW buffer of power reserves had been breached.

Electricity supplies are expected to be tighter this winter than in previous years. National Grid forecasts it will have a 4.8GW “cushion” of extra electricity in the winter of 2020-21, 8.3% of the total supply, to prevent blackouts, compared to the 7.8GW cushion last year.

However, without a drop in demand caused by coronavirus closures, margins would be even tighter, at 5.6%. That would be narrowly above the 5.1% margin recorded in the winter of 2015-16, when National Grid asked businesses to reduce their electricity consumption to prevent blackouts after a series of breakdowns at coal plants.

The UK has just four remaining coal power plants, all slated to close or convert to gas by 2024. Drax, the largest, has already converted four of its units to burn biomass and will shut the remaining two, for eventual conversion to gas with battery, by March (however they will be available for emergencies until September 2022).

West Burton A, in Nottinghamshire, will close by next September and neighbouring Ratcliffe on Soar will go offline in 2024, as required by the government.

Northern Ireland’s Kiliroot, serving the separate Irish grid and not subject to the 2024 closure deadline, will convert to gas by 2023.