How to Keep Cool Efficiently During the Heatwave 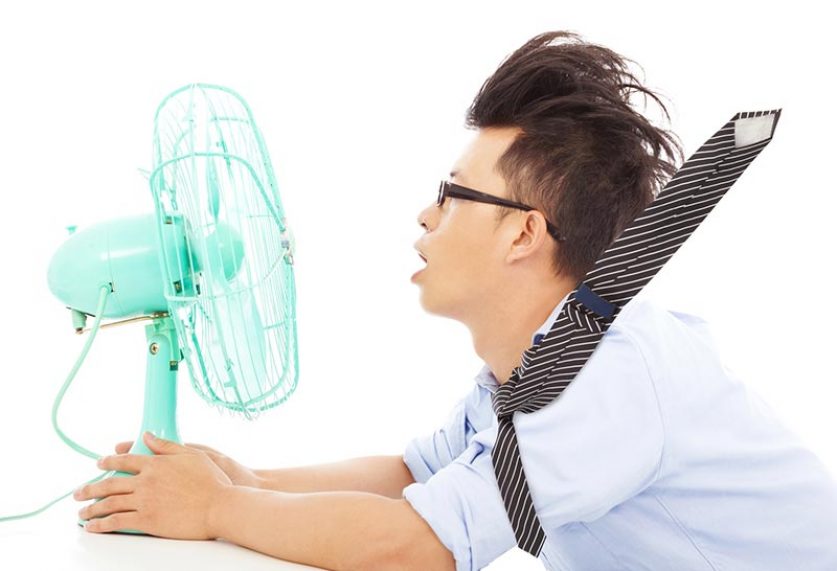 With the UK facing its hottest summer since 1976 and with more blistering days forecast to come, Britons have been turning to fans and air conditioning units to beat the heat.

Energy bills are generally higher in the winter than in the summer in Britain, but continuously churning fans could make for a nasty surprise on your next electricity bill. Here’s how to stay cool without gobbling up too much power and spending too much money in the process.

Up to 30% of unwanted heat enters your home through its windows. Keeping windows covered with curtains, shades, or best yet, blackout blinds, shields your rooms from sun’s scorching rays and keeps air cooled by your fans or air con inside. Reportedly, you can lower temperatures nearly 7 degrees Celsius inside your house by covering all windows, particularly those facing the south or the west, meaning you won’t have to plug in as many fans and your air con unit won’t have to work as hard to keep you cool.

To maximise circulation of cool air, put a fan in one window and then open another window on the other side of your house. With a good cross breeze, you should be able to cool your home with just one electricity-sucking fan rather than several.

Place a bowl of ice in front of a fan so the blades pick up and circulate the chill air—and a little mist. It’s nearly as refreshing as air conditioning, and consumes a lot less energy.

Sweltering temperatures may make anything but ice cream sound unappealing, but if you do want a cooked meal, avoid heating up your entire house by using an outdoor grill rather than your stove or oven. Other appliances like washer-dryers will also give off heat. Try running them in the evening to minimise the the warming effect. As a bonus, electricity is cheaper at night.

Suck warm air out of your house, after cooking or a warm shower, with bathroom fans and kitchen extractor fans.

You may just want to hide away from the sizzling sun but, if you slather on sunscreen and avoid the hottest part of the day, you’ll often find cooler temperatures outdoors—in pools, in the shade in a park. You could also head to the cinema or a shopping centre to cool down in someone else’s air con.

Many people find the heat most unbearable at night when they’re trying to sleep and may resort to cranking up air con units just to get some rest. Temperatures will usually have dropped outside, but your home could still be stuffy with trapped air heated during the day. Sleep with your windows open to catch breezes and a place a fan to circulate cooler air from the outside into your rooms. Make sure your sheets are lightweight and breathable; now is the time to tuck your flannel sheets into a cupboard until October. But remember that hot water bottle you used to warm your toes in February? Fill it with water, chill it in the freezer, and sleep with it by your feet.