Vodafone Aims to Power Mobile Network with Renewables by 2021 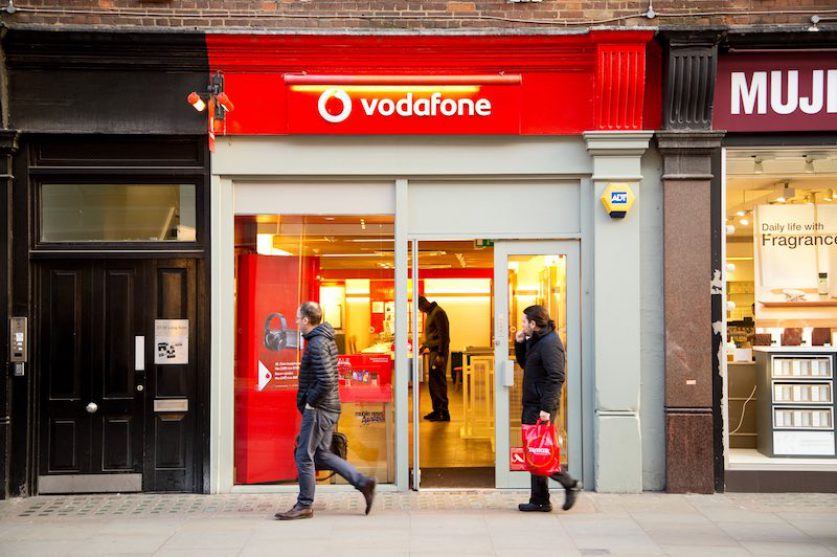 Vodafone has announced plans to run its entire European mobile network on 100% renewable electricity by no later than next July, as part of a campaign to slash carbon emissions across its operations.

Currently around a third of Vodafone’s network is powered by wind, solar and hydro power. 95% of its electricity consumption is used to power data centres and 61,700 mobile base stations scattered across Europe. Each base station consumes around 78kWh of electricity a day, enough to drive a Tesla Model 3 300 miles.

Vodafone had initially targeted a 100% renewable-backed network by 2025. The latest announcement accelerates that goal by four years, with plans to source 80% of that electricity directly from generators through Power Purchase Agreements (PPAs) and green electricity tariffs covered by “credible” Renewable Energy Certificates. Where possible, Vodafone will also invest in on-site renewable generation, including solar panels affixed to mobile masts.

The renewables commitment is part of an ambitious decarbonisation plan, developed with climate consultancy the Carbon Trust, to cut the equivalent of 350 million tonnes of CO2 from across Vodafone’s value chain and among its business customers this decade. These savings will largely be delivered by revamping Vodafone’s Internet of Things (IoT) services, including logistics, fleet management, smart metering and manufacturing.

Cumulatively, these changes will help Vodafone deliver its headline ambition, announced last summer, of halving its carbon impact by 2025. Vodafone also aims to resell or recycle 100% of its network waste, supporting the shift of a more circular economy, by that date.

The mobile network said it has already invested €77 million in energy efficiency and renewables projects this year, to unlock 186GWh of energy savings.

Vodafone Group CEO Nick Read said: “As society rebuilds and recovers from the Covid-19 crisis, we have an opportunity to reshape our future sustainably to ensure that recovery does not come at a cost to the environment.

“Our accelerated shift to 100 per cent renewable electricity on our European networks will change the way we power our technology for good—reducing our reliance on fossil fuels, helping our customers manage their resources more effectively and reduce their carbon emissions, while helping to create a healthier planet for everyone.”

Vodafone is joining other telecoms giants in ditching fossil fuels and paying more attention to their impact on the environment. Last month BT, which owns the UK’s largest mobile network EE and consumes nearly 1% of the UK’s entire electricity supply, pledged to buy 100% of its electricity worldwide from renewable sources by the end of this year.

O2 says it has used 100% renewable electricity on its own sites since 2008 and has worked with landlords on sites it doesn’t own to encourage them to shift to renewable power as well.