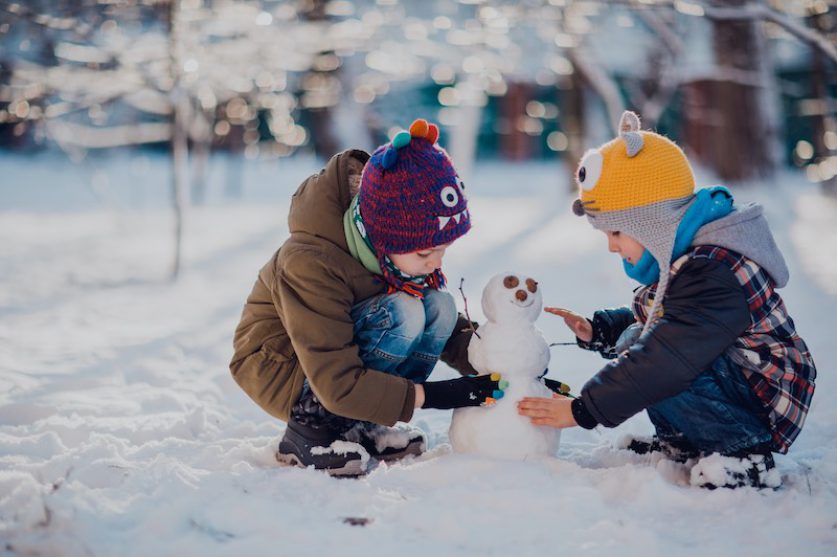 The Met Office shared a range of climate scenarios with BBC’s Panorama. In the most extreme, with global greenhouse gas emissions continuing to rise throughout the century, subzero temperatures would end in most of Southern England by the 2040s. Maximum temperatures on the coldest winter ways would be between 2.0°C and 4.0°C, no cold enough for snow or ice.

By the 2060s, only high ground and northern Scotland would see freezing temperatures. Dr Lizzie Kendon, Science Fellow at the Met Office, told Panorama: “We’re saying by the end of the century much of the lying snow will have disappeared entirely except over the highest ground.”

While the warmer winters could mean lower energy bills, they’d spell the end of sledging and snowmen—and spell devastation for the world.

Our summers would also get hotter and drier, with southern England hit hardest of all. Heatwaves, such as those experienced over the last few summers, will become more frequent and last longer. Not every summer will be hotter than the last but the overall trajectory will be for warmer days.

However, if the world succeeds in reducing greenhouse gas emissions, temperature changes will be more minor.

Dr Kendon said: “Climate change is expected to affect all of the UK’s weather to a great extent. The UK’s hottest days are expected to peak above 40.0°C in some locations by 2080, while the number of the coldest days will decrease. We’ll still have cold days, but features like lying snow will become an increasing rarity, especially in southern England.”

The Met Office’s projections are extremely detailed, showing how temperatures will change across in each 12km-square (7.5-mile-square) grids across the UK. Met Office scientists collaborated with BBC data journalists to develop an interactive visualisation tool, showing people how the weather might change in their postcode in the coming decades.

In Central London summers over the last 30 years have typically seen six days over 25°C each month. Depending on the trajectory of global average temperatures, that could rise to 11 or 21 days per month.